Future reference is a time capsule where we report on interesting developments and debates happening around the island of Ireland. It is both meant to keep our readers informed on current developments and also enlighten future researchers on what we were thinking about in this place, during this time. For our first dispatch, we’re looking at the significant proposals for the Naas Road/Ballymount area to the south-west of Dublin.

The ‘City Edge’ project is a strategic framework for the regeneration of 700 hectares of land to the south-west of Dublin city centre.

The ‘City Edge’ project is a strategic framework for the regeneration of 700 hectares of land to the south-west of Dublin city centre. The lands span between the Naas Road, Ballymount, Park West and Cherry Orchard, an area which is currently predominantly industrial estates. The framework sets out to transform the familiar yet unremarkable landscape of cars, tarmac and sheds into a thriving green suburb, a new city within the city. The size of the framework area is roughly that of Dublin city as bounded by the canals. Its ambition is to increase the living population by fifteen times, from 5,000 currently estimated to between 75,000 and 85,000 people, rivalling Galway, Ireland’s fourth largest city. It sets out targets to be a zero-carbon city, with localised energy production, carbon-negative buildings and a circular waste ecosystem. ‍

The plan aims to grow this new city through transport-orientated development. Amongst the many initiatives outlined in the development, there are proposals for a new Luas and rail interchange at Kylemore with the potential extension of the Luas line to Lucan and a new Luas stop on the Naas road. The development area is imagined as more than just a satellite to Dublin, it is a self-contained green neighbourhood, with all liveable amenities available with a short walk for residents, a form of compact growth described in Project Ireland 2040.

The project is a joint venture between two local authorities, Dublin City Council and South Dublin County Council as it spans over both of their lands. The framework is being developed by a design team lead by Rotterdam- and London-based MacCreanor Lavington (architecture and urban design), Dublin-based Urban Agency (architecture and urban design), Avison Young (land use planning), Grant Associates (landscape), SYSTRA (transport planning), RSK / Nicholas O’Dwyer (engineering/environmental), and IAC (archaeology and heritage).‍

The ‘City Edge’ plan is significant in that it is one of the largest urban regeneration projects ever undertaken in Ireland. The design  process was ignited using the Urban Regeneration and Development Fund established by Ireland 2040. It will be a key test of the promise of Ireland 2040 for these two Irish local authorities to deliver in concert. The site’s proximity to Adamstown, another new town planned using principles of transport-orientated development, is a reminder of how good design needs to be matched with good and speedy implementation. Much of Adamstown’s physical, social and community infrastructure is still in the process of delivery after more than fifteen years.

Similarly, the bureaucratic complications of falling between the jurisdiction of two separate local authorities will mean the scheme will need to be sure of its identity, it might even need its own development authority, such as the Dublin Docklands. Is the city-edge too self-effacing a title? It will need to extract the character and heritage of the existing area and be more than just the edge of something greater. ‍

The project was published for four weeks of non-statutory public consultation, ending on 6 October 2021. By the end of this year, the Strategic Framework Plan is expected to be finalised with a preferred scenario for development put forward. In 2022 a statutory plan will be drawn up based on the strategic framework. Once this plan has gone through the statutory processes and formally adopted, key projects and infrastructure from the plan will be implemented.

The ‘City Edge’ plan is significant in that it is one of the largest urban regeneration projects ever undertaken in Ireland.

Future Reference  is a time capsule. It features opinion-pieces that cover the current developments, debates, and trends in the built environment. Each article assesses its subject through a particular lens to offer a different perspective. For all enquiries and potential contributors, please contact cormac.murray@type.ie. 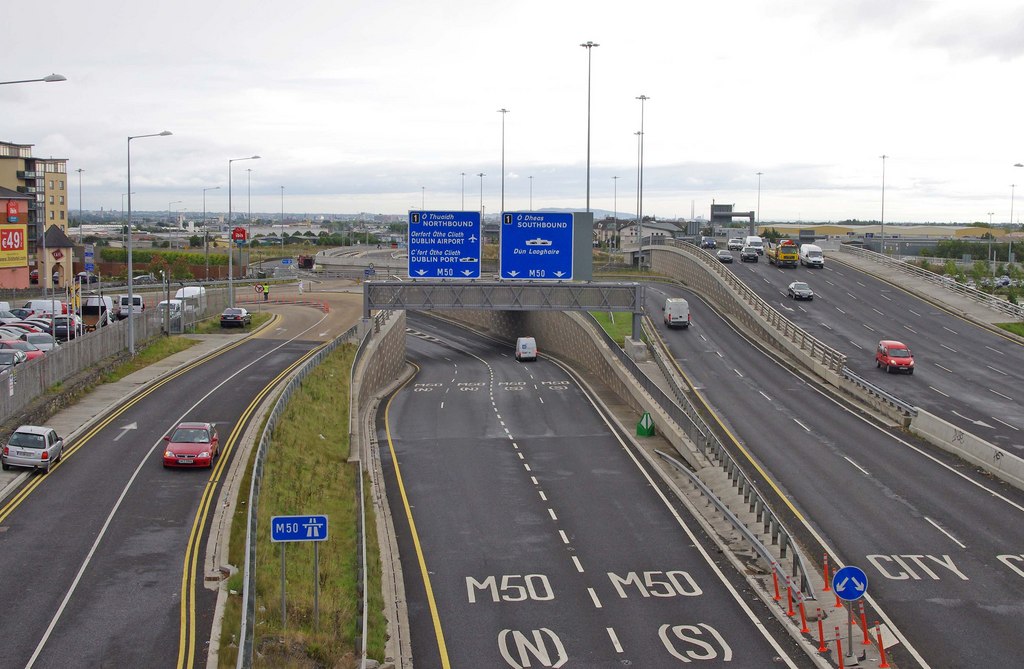 Cormac Murray is a registered architect and writer based in Dublin. He co-authored ‘The Dublin Architecture Guide, 1937-2021’, published in November 2021 by The Lilliput Press. He has written for ‘Architecture Ireland’ and ‘house + design’ magazine, and was assistant editor for volumes 20 and 21 of ‘Building Material’. He has published two essays with the Phibsboro Press: ‘The Forgotten Frontier, A Critical Appraisal of the Phibsboro Shopping Centre’ (2015) and ‘Cosmoform’ (2020), both designed by Eamonn Hall. Cormac has a particular interest in mid-century Irish modernism and in 2014 he was awarded the DoCoMoMo Dissertation Award for ‘Modernism in Dublin 1960–1979: The Infill Building’.