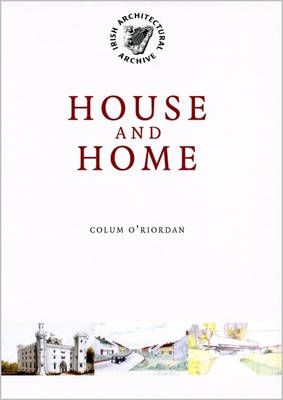 ‘House and Home’ features over forty original architectural drawings, as well as publications, models and photographs, for residential projects in Ireland. Reflecting the chronological spread of the Irish Architectural Archive’s holdings, the works range from the mid 18th century to the late 20th. The book was published to celebrate the fortieth anniversary of the archive, with the selected projects including at least one item acquired in each of the years of the archive’s existence. It therefore provides a broad chronological and geographical spread of both the archive's collection and of the diversity of housing types in Ireland.