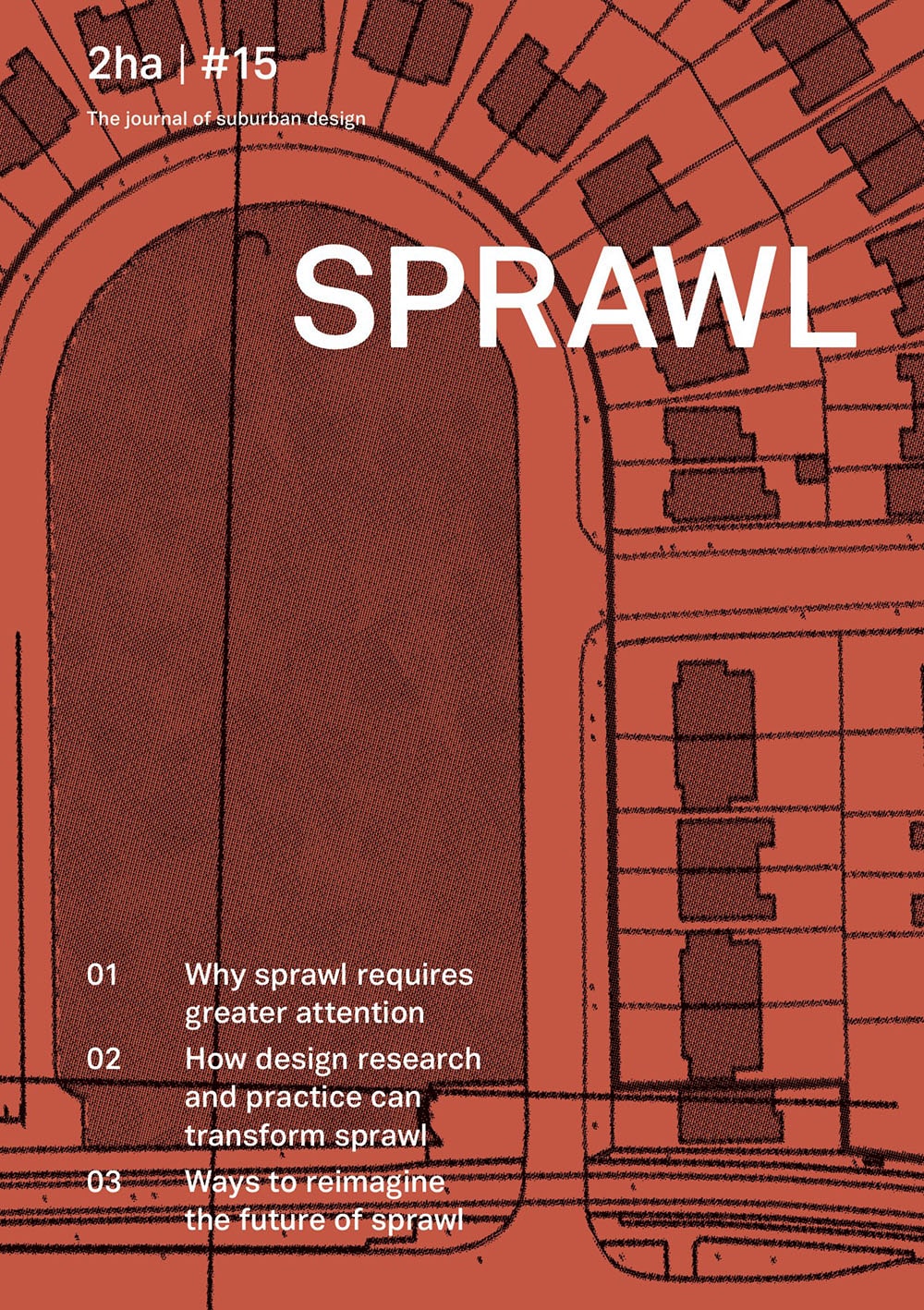 2ha: the journal of suburban design #15

2ha #15 considers sprawl: how to define and find it, how to evaluate its impacts, and how to respond, as urban designers, to the spatial conditions that sprawl engenders. In part one, a rationale is offered as to why sprawl requires greater attention and research in urban design. In part two, the question of how to design in sprawl is discussed. In part three, a compilation of projects which propose new design strategies are put forward in the context of sprawl's potential future transformation. 2ha #15 includes work undertaken as part of the module ‘Urban Design Studio’ (ARCT40690), within the Masters in Urban Design and Planning programme at the School of Architecture, Planning and Environmental Policy, UCD.