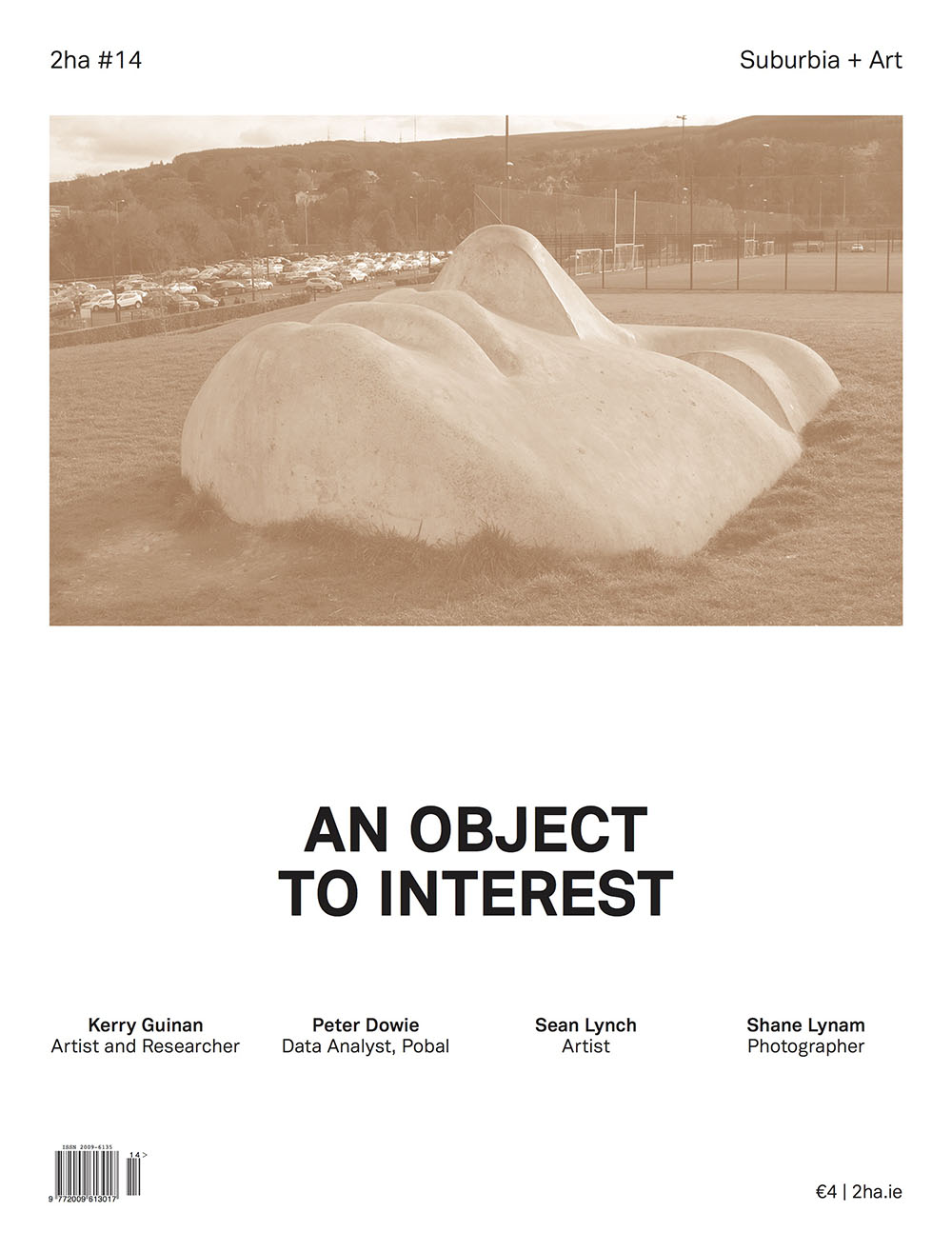 2ha: the journal of suburban design #14

2ha #14 considers the ways in which public art is made and consumed within the suburbs. Four essays describe divergent approaches to project commissioning and implementation, highlighting the varied contexts and conditions that determine a work's lasting impact. Kerry Guinan writes from an imagined future in order to look back, with a historic sensibility, towards projects of the recent past; a critical analysis which highlights disparities in practice and outcome across socio-economic divides in the Dublin region. Peter Dowie details the remaking of Ballymun during the regeneration scheme of the 2000s, reviewing the role that arts policy, funding, and practice played in legitimising the wider reconstruction project. Sean Lynch tells the story of an unusual and little-known temporary art work which briefly appeared in the suburban landscape of the Corish Roundabout, Co. Wexford. Shane Lynam documents the public sculptures of the Dún Laoghaire-Rathdown County area, surveying the spaces and places in which each stand.