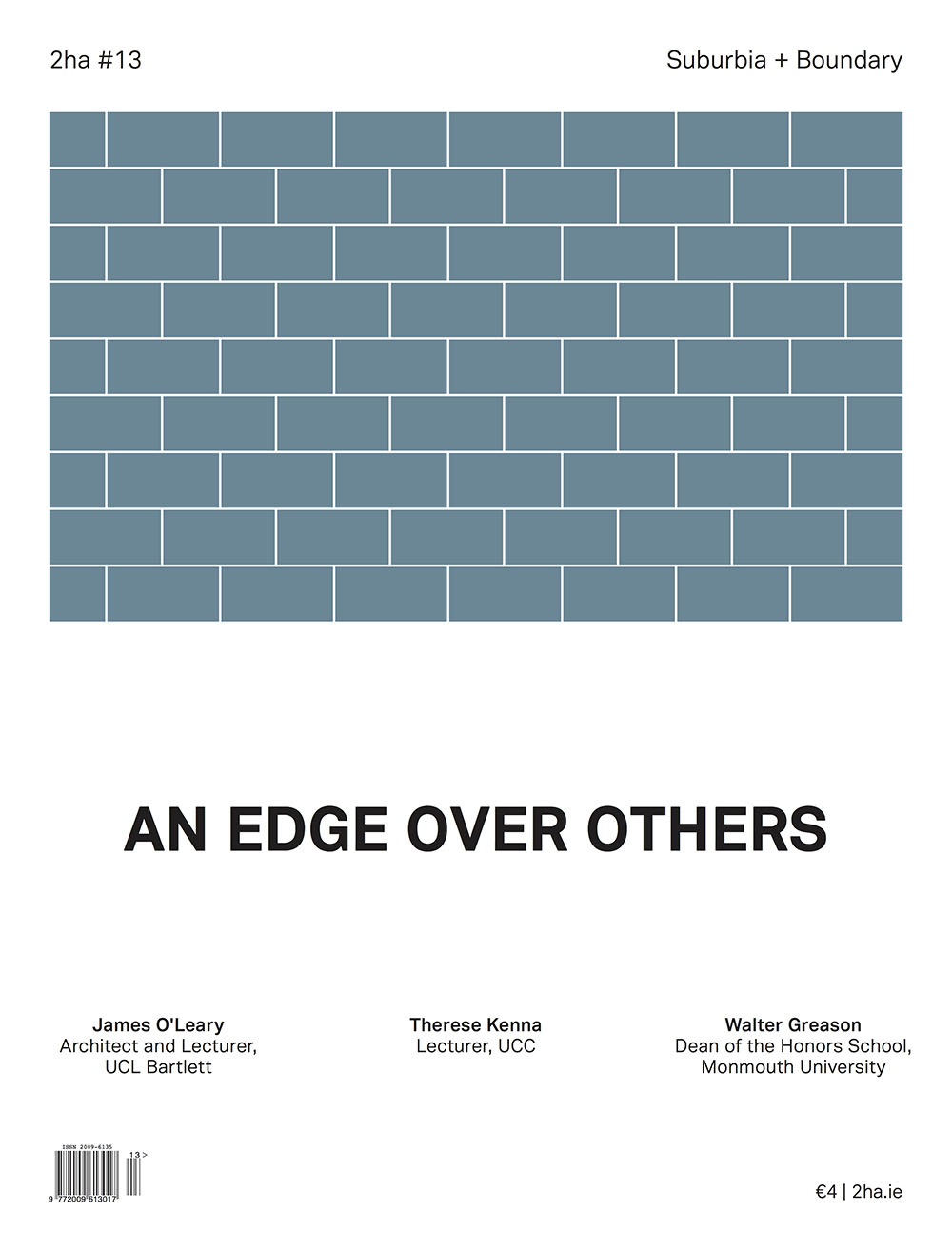 2ha: the journal of suburban design #13

2ha #13 considers the physical, legal, economic, and symbolic borders which bind our everyday definition of suburban life. Three essays outline the contested nature of this space and the multiple means of separation made for the benefit of some, to the exclusion of others. James O'Leary describes the origins of Belfast's 'peace walls', the shaping of the residential areas through which they run, and their continued impact on the development of the city. Therese Kenna discusses the shifting methods of boundary-making since the emergence of the modern suburb and how trends in design, urban governance, and the law are undermining the possibility of a shared metropolitan future. Walter Greason highlights the conflagration of race, racism, urbanism, and economic development which persists, and is, in some cases, maintained by the chaotic application of zoning principles in the United States' ex-urban edge.