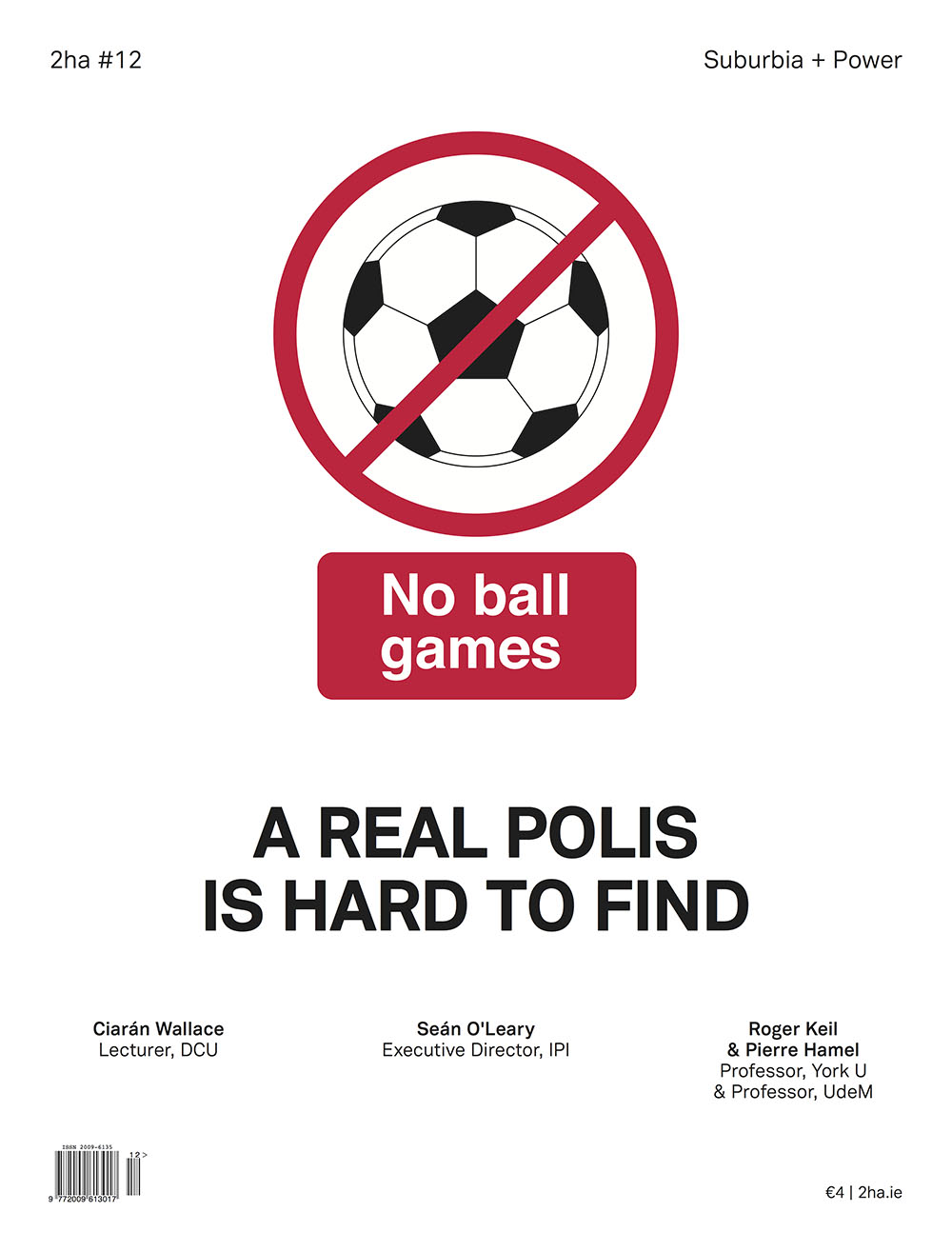 2ha: the journal of suburban design #12

2ha #12 considers the power of local, national, and international governance in determining suburban morphology. Three essays focus on the multiple means by which bureaucratic structures and political ideologies control the ways, rules, and regulations in which suburban development takes place. Ciarán Wallace documents the history of Dublin's early suburban communities, and how these administratively, politically, and financially autonomous townships negotiated local government reform, the practicalities of infrastructure and service provision, and the minefield of national politics. Seán O'Leary recounts the story behind Ireland's 20th-century New Towns – Ballymun, Tallaght, and Shannon – and highlights the role played by financial circumstance, political expediency, and administrative inexperience in shaping their prospective futures. Roger Keil and Pierre Hamel position the topic of suburban governance in a global context, outlining the diverse modes of control, discussing the various scales of organisation, and considering the impact of these jurisdictional typologies internationally.