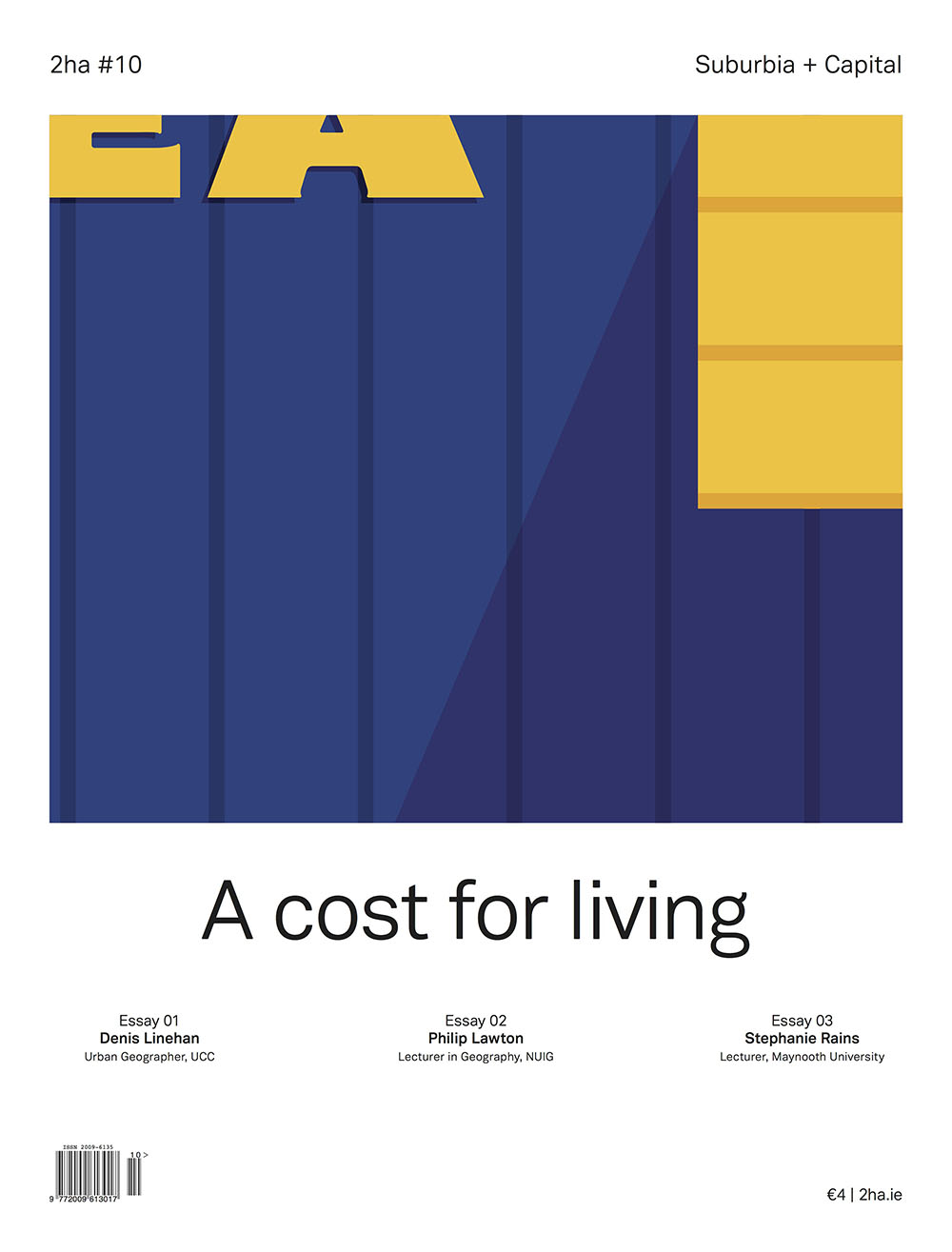 2ha: the journal of suburban design #10

2ha #10 considers the impact of capital on the shaping of suburban space. Three essays describe how the architecture, society, and culture of a city can be influenced by the flows of finance. Denis Linehan discusses the increasingly transactional nature of urban space in Dublin, and the need for urbanists to better understand the political climate in which the built environment is being produced. Philip Lawton outlines the socio-spatial processes of regional and global urbanisation, questioning the usefulness of typical suburbia/downtown binaries in understanding a more complex metropolitan condition. Stephanie Rains reveals the long history of entanglement between property speculators, the press, politicians, and financial institutions in Ireland, and how this dominant model of development led to the emergence of Dublin's oldest suburbs.