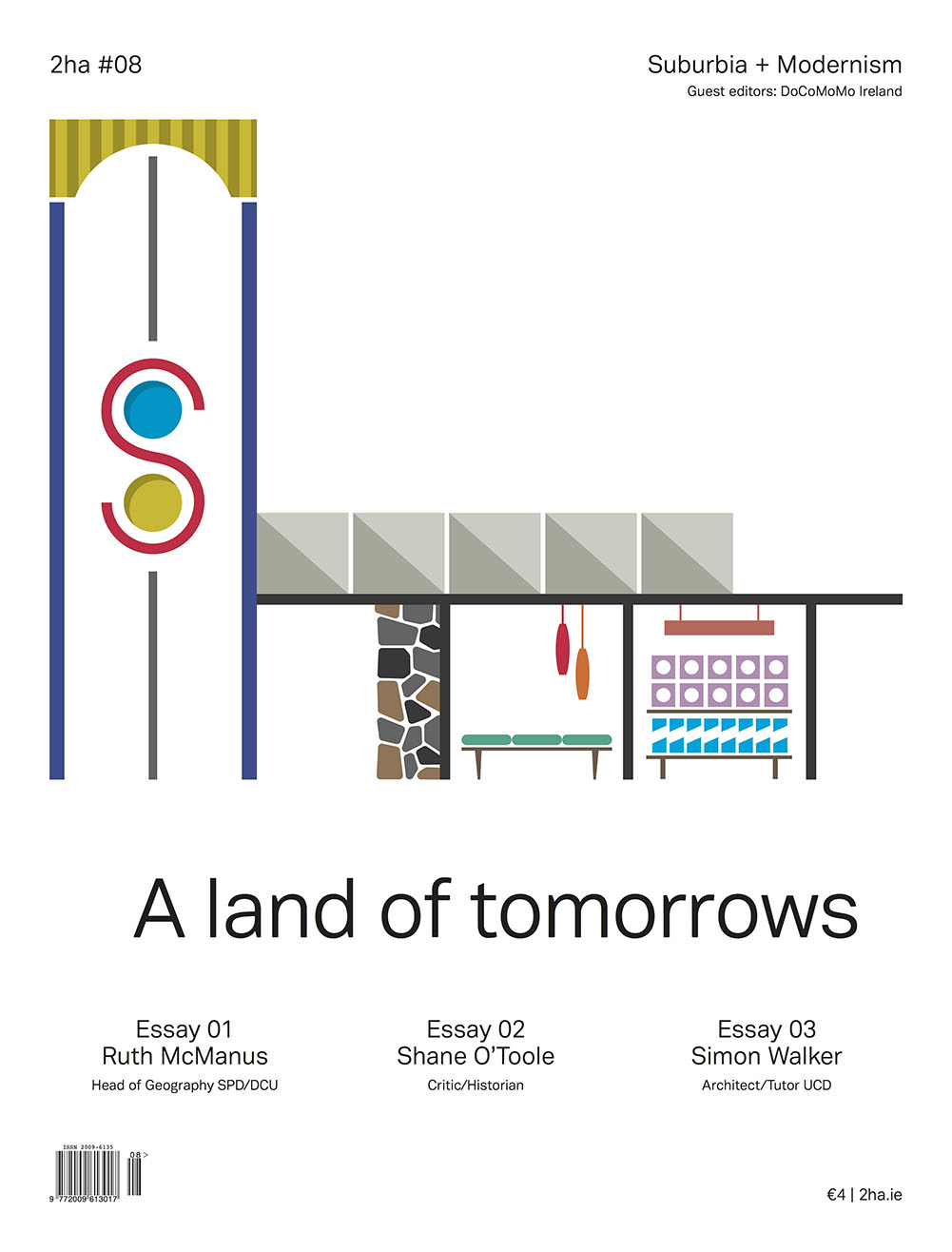 2ha: the journal of suburban design #08

2ha #08 considers the legacy of modernism in forming the contemporary suburb. Three essays respond to the functions, scales, and personal expectations that a modern ideology makes possible. Ruth McManus details the emergence of a regional modernism in Irish local authority housing schemes of the early 20th century, outlining the conception, procurement, and construction of new homes in Nenagh, Co. Tipperary. Shane O'Toole reflects on the changing pace of life brought by the emerging suburbs of 1960s Dublin and uncovers the genesis of Ireland's first mall: the Stillorgan Shopping Centre. Simon Walker discusses the intersection of politics, planning, and geography – from the ideologies behind early garden suburbs in Greystones to the student protests that accompanied UCD's controversial move to Belfield – and questions whether a local, suburban model might emerge from this conflation.