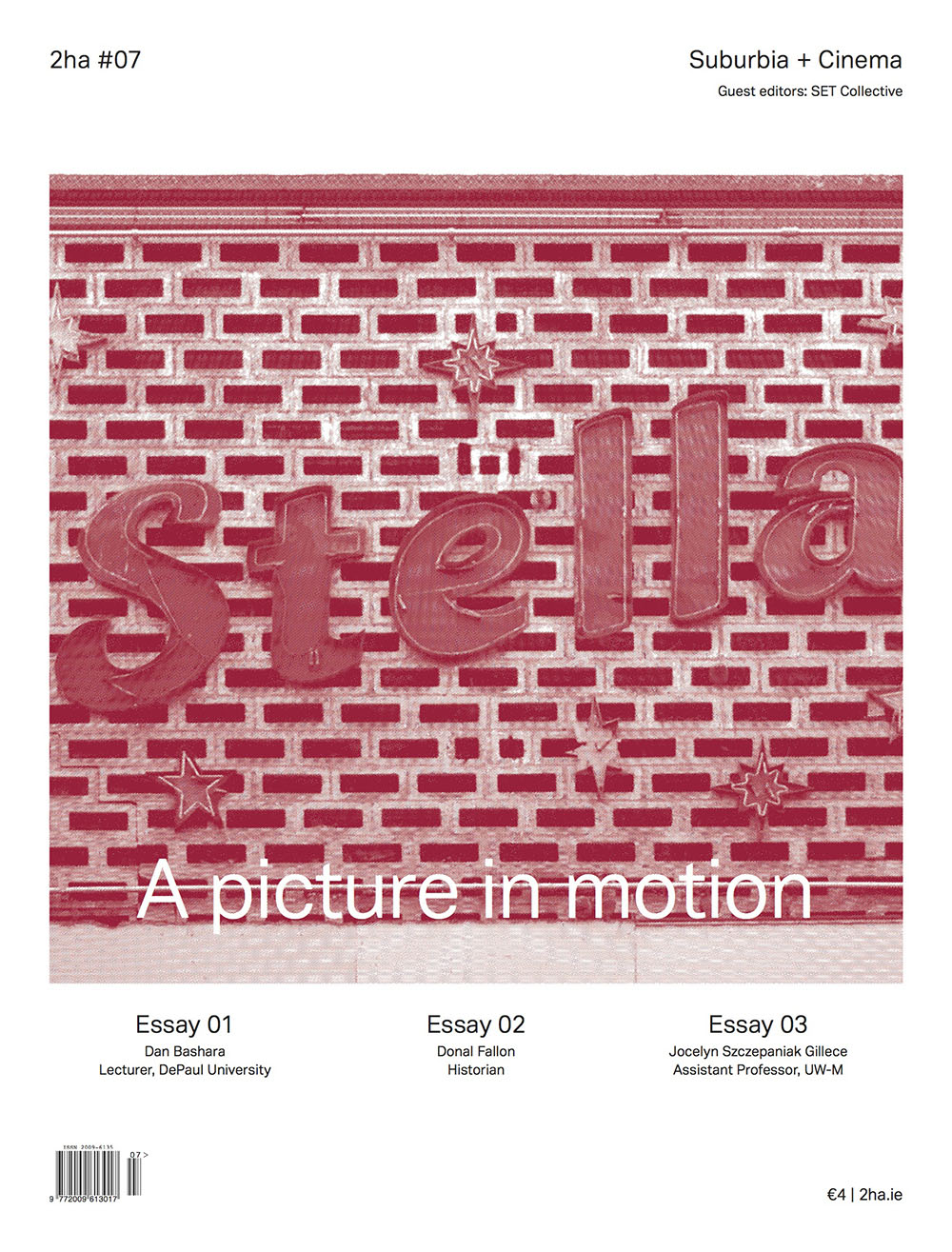 2ha: the journal of suburban design #07

2ha #07 considers the impact of cinema - as both medium and architecture - on shaping the suburban condition. Three essays respond to the temporal and physical spaces afforded by the motion picture. Dan Bashara considers the early work of animation studio United Productions of America, placing their abstract drawing style in the broader context of modernism, suburbanisation, and the visual illusion of spaciousness. Donal Fallon documents the early origins of cinema architecture in Dublin and its subsequent mid 20th-century heyday, when many new, purpose-built screens were constructed in the city's expanding suburbs. Jocelyn Szczepaniak-Gillece discusses the contemporary trend for cinema-restaurants in the USA, and places recent developments within a much longer history of consumption, sensory indulgence, and movie-going.