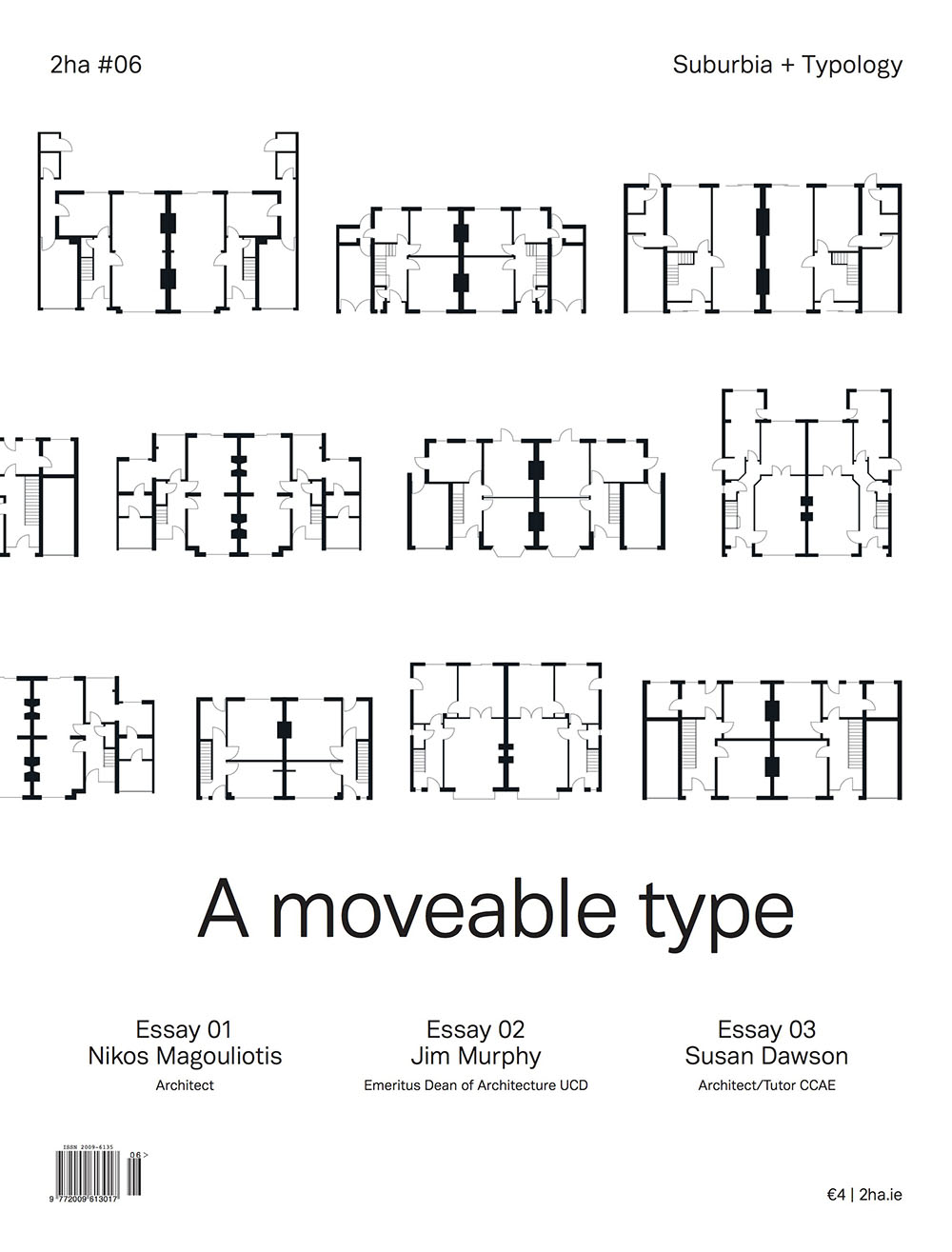 2ha: the journal of suburban design #06

2ha #06 considers the relationship between typology and the architecture of suburbia. Three essays respond to the evolving spatial types that define the suburbs as a coherent condition. Nikos Magouliotis describes the architecture of the Greek Maison Dom-ino, an ad-hoc and pragmatic form of development that has slowly reshaped the landscape of Greece since its emergence in the post-war period. Jim Murphy surveys the history of the semi-detached house, uncovering its possible origins, eventual crystalisation and subsequent variations, as well as its role in the suburbanisation of Ireland. Susan Dawson sets out the realities of designing a 21st-century housing project in Adamstown, Co. Dublin, and imagines an alternative typology for building a suburb.