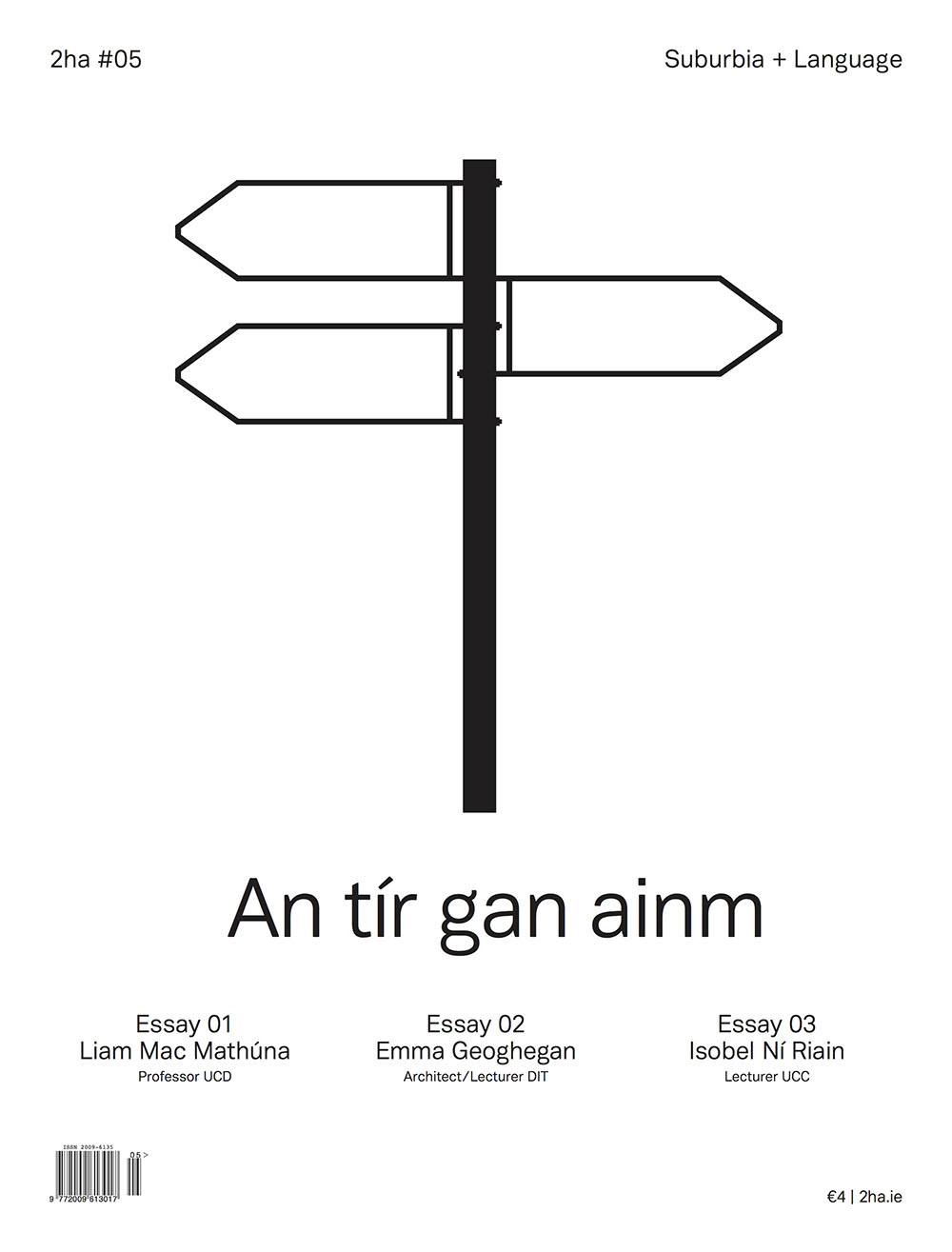 2ha: the journal of suburban design #05

2ha #05 considers the relationship between language and suburban space. Three essays respond to the fractured process of translation that has come to define the territory of suburbia. Liam Mac Mathúna outlines a history of linguistic change in the Dublin area, describing how preceding eras of colonisations and cultures have renamed, subverted, and built upon a place and its people. Emma Geoghegan documents the absence of a vocabulary in both the imagination and critique of space on the urban-rural fringe, suggesting that a consideration of this landscape as an independent territory might begin a means of understanding its unique conditions. Isobel Ní Riain reveals how a reading of place-names, in the now suburbanised area of Little Island on the edge of Cork city, can tell of a long history of occupation; one whose built form is often subsumed by the office parks and semi-ds of the immediate present.