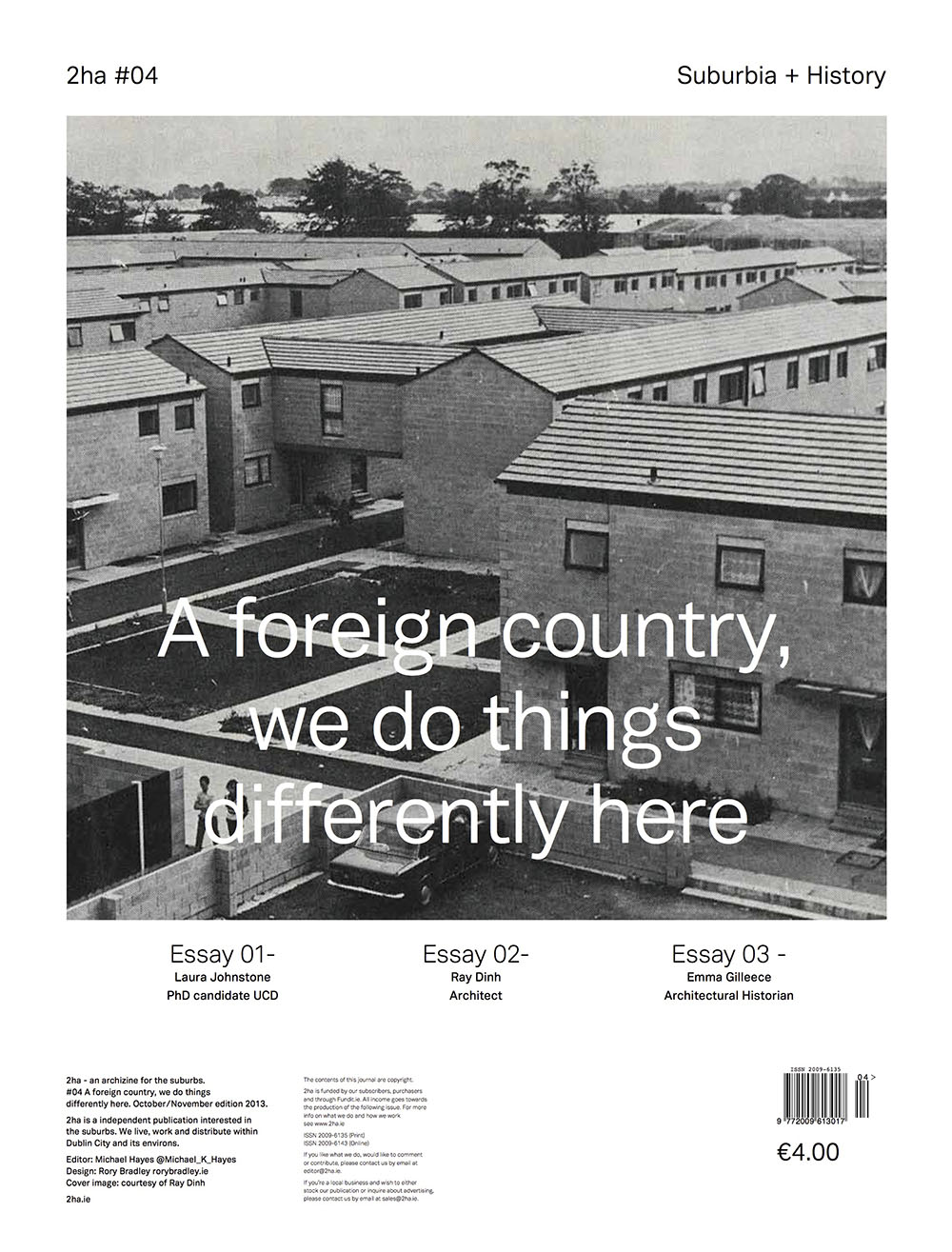 2ha: the journal of suburban design #04

2ha #04 explores the relationship between history and suburban development. Three essays respond to the changing processes by which suburbia has been bought, built, and sold. Laura Johnston discusses her research into the role of 19th-century ground landlords on the emerging morphology of suburban Dublin, with a particular focus on the locally known 'Lords of the Soil'. Ray Dinh documents the changing face of Darndale housing estate, from its inception in the 1970s to its decline in the 1980s, and subsequent redesign during the regeneration projects of the 1990s. Emma Gilleece captures a brief period in Irish history where the combination of new technologies, trans-atlantic aviation, and speculative building saw the development of Irish Estates at Corbally, Limerick.