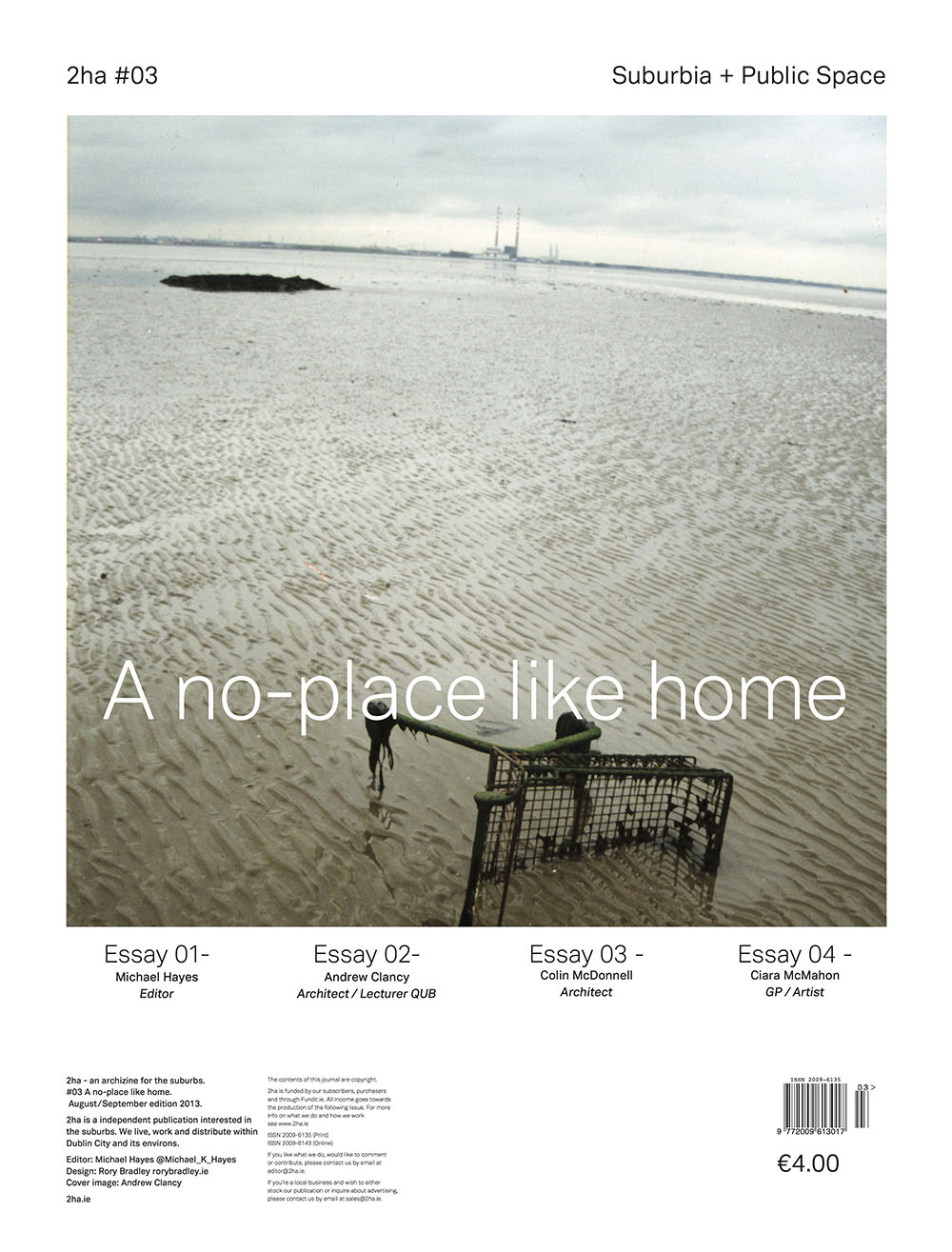 2ha: the journal of suburban design #03

2ha #03 explores the relationship between suburban morphology and public spaces. Three essays observe existing conditions and propose an architectural response. A fourth and final essay describes a real intervention which deals with conceptions of public and private in suburbia. Michael Hayes begins with 'The Contemporary Commons'. Here, suburbia is perceived as a space that is either maligned or overlooked. In the left-over and oddly-shaped green spaces of the housing estate may lie the greatest opportunity for the civic in suburban life. Andrew Clancy presents 'Marginalia'. Among the landscape of Dublin's suburban coastline is an artificial topography made of commuter railways, by-passing roads and the ambiguous space left between. Colin McDonnell produces a spatial analysis of the suburbs entitled 'Pieces of Suburbia'. In reading the existing fabric as elements of field, point, and line, an alternative approach to a suburban architecture might develop. Ciara McMahon reflects on her practice 'deAppendix', a doctor's surgery and public gallery located in a Dublin housing estate. The project reassesses ideas of publicness/privacy and programmatic preconceptions within a suburban community.