From Letterkenny to Dundrum

Public spaces have never before been so valued. As a result of the global pandemic, activity has moved ‘out’, from private dwellings to the public realm. In Ireland, there had seemed almost a reticence to using shared space before the pandemic. However, as we found ways to re-enter society in a safe and social way, our parks, squares, and streets became our urban saviours.

The square has the potential to provide a well needed free space in a busy town, and with some simple, clever design, it can.

Letterkenny Market Square, in County Donegal, and Pembroke Square, of the Dundrum Town Centre, Dublin, have both undergone a period of change. While the northern square in Dundrum has flourished and been transformed, Letterkenny Market Square has slipped further and further from the busy public hub it once was. Both spaces are lined by a two-storey enclosure and are adjacent to their town’s main thoroughfare. They are also both only accessible on foot and are part of the central commercial area. However, because of the treatment of the squares’ edges, the resulting urban spaces have strikingly different manifestations.

‍
What was once a vibrant, busy public space, Letterkenny Market Square is now barely used. In the past it housed the bus stop to the north, shops, services and eateries line the east and west, and the square was completed with the grandeur of the sandstone bank at the south. However, between this built edge and the square, there is now a road with slow-moving, but constant traffic.
‍

The road pulls the edge away from the square, isolating the green space, removing the surrounding activity. To access the square, pedestrians must divert from the Main Street, meander through the flow of cars, and pass through one of the gates along the fixed low wall at the periphery. The square is no longer accessible in a causal way, only as a deliberate move. And there is little to motivate local residents to do so. Within the square itself, you can find only sporadic seating and some planting.
‍

While the square is edged with a low wall, the tall planting along each side creates a visual blockade and prevents the square from being overlooked. The cover and shading from the public eye has attracted antisocial behaviour. In a downward spiral, because the edge has pulled away, the square becomes less attractive and usable. Because the square is no longer used, the peripheral businesses move their premises elsewhere. And because the square is not used, nor overlooked, and has a visual block, it became a spot for antisocial behaviour. It is a vicious cycle and what was once known for the bustling market hub, has become a place to avoid.
‍

Letterkenny is a busy town. In addition to its own residents, the urban area serves the many surrounding rural populations. The square is a public space that needs to work harder. Currently, all green spaces in Letterkenny are both decentralised and delineated with walls and borders. The square has the potential to provide a well needed free space in a busy town, and with some simple, clever design, it can.
‍

In contrast, the Dundrum Town Centre Pembroke Square has undergone a recent urban renewal. The square was formerly a relatively desolate space, only used to pass through. The monotonous paving was occasionally occupied by a large marquee for events, however, even this did not serve the urban space well, as it created another firm edge within an already lifeless area.
‍

Now the square is a vibrant hub of activity. It provides lots of ways to use the space - pods to gather in, picnic tables to eat on, younger people lounge and socialise on the shaded steps, children play in the central water jets. And this is without taking into account the numerous bustling food trucks, cafes, and restaurants that line the square with tables and chairs.
‍

The edge has remained active. The built periphery has a variety of uses - everything from shops and eateries, to living spaces and bars. The square is occupied and overlooked at all times, and the space remains somewhere safe and sociable. Visiting the Dundrum square now is a pleasure. It is always lively. By keeping the active edge wrapped directly around the open space, as opposed to being separated by a road, it allows the urban realm to thrive.
‍

By keeping the edge active, indulging a variety of uses, and providing liberating free spaces, these squares, which were intended for people, enable the ‘urban’ to be successful.

By keeping the edge active, indulging a variety of uses, and providing liberating free spaces, these squares - which were intended for people - enable the ‘urban’ to be successful.

Working Hard / Hardly Working is an article series designed to promote the use and organisation of public space. By presenting two examples - one which works well, and one which needs to work harder - it highlights the importance of clever design, and how considered decisions can make our shared spaces better. For all enquiries and potential contributors, please contact doireann@type.ie. 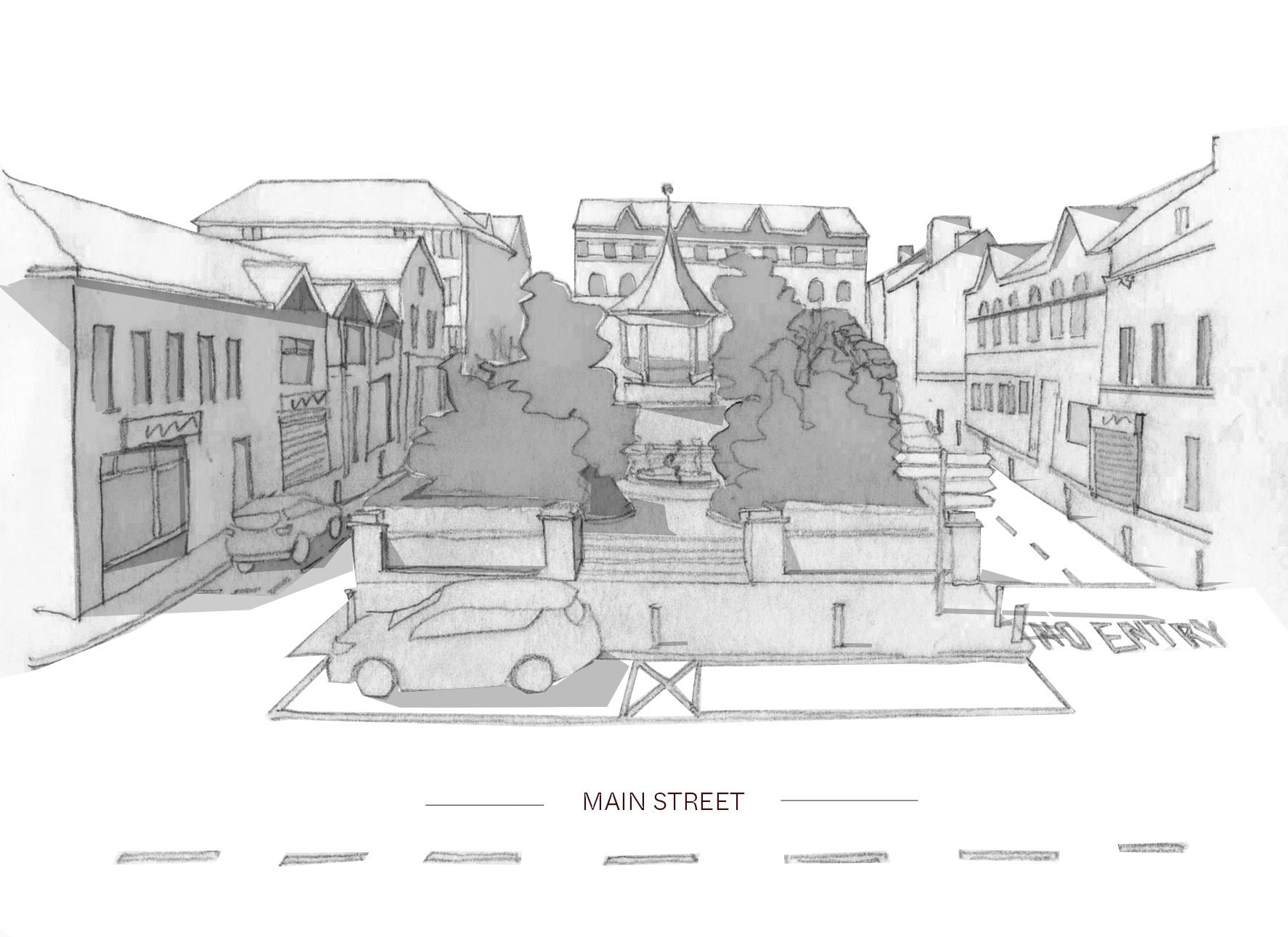 A competition held to re-imagine Letterkenny Market Square, titled ' A space for people', has been won by Joseph McCallion. Shortlisted entries and the winning design can be found here.

Doireann de Courcy Mac Donnell holds a Bachelor of Architecture and has worked in practice for the past two years. Currently on a leave of absence from the Masters of Architecture in University College Dublin, Doireann has a strong interest in the city as a place for all. A contributor to ‘Architecture Ireland’, she is the former editor for ‘The University Observer’ and ‘OTwo’ culture supplement in UCD. Having held the role of features editor for two years previously, as editor she established the ‘Art & Architecture’ section of the newspaper. She views architectural writing and criticism as essential to the improvement of our shared spaces.